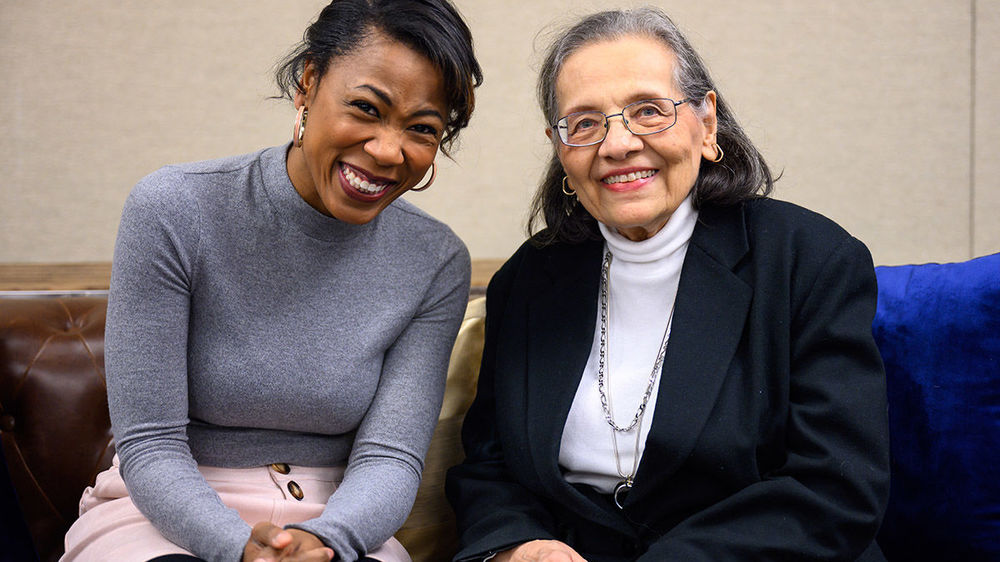 Kayla August, a native of New Orleans and currently the rector at Lyons Hall, has worked at Notre Dame for four years. When she first came to the University, August had the opportunity to hear Diane Nash speak during a visit. August was recently recruited to be the narrator for a video on Nash for the Martin Luther King Jr. Day Celebration Luncheon.

How did you come to narrate the video on Diane Nash?

I spoke at the MLK prayer service last year. The Multimedia Services team reached out to me this year, asking me if I wanted to play a part in MLK Week again, but this time to do so as the narrator of the Diane Nash video. They thought I didn’t know who Diane Nash was, offering to tell me about her. I said, don’t worry. I know about her. I know a lot about her. I am more than happy to do this. I would be honored.

Have you ever done voiceover work before this?

Not directly, no. I was a theater kid my whole life. I’ve done theater and some emceeing and things of that nature, but not necessarily voiceover. The local Catholic Worker puts on a musical every year, and since I’ve been in South bend, I have been in the musicals that they’ve been putting on each year.

When we were working on the actual script for the Diane Nash video, I offered to do it in different ways and do it again and try it like this and so on. And they saw that I was really getting into this. I said, “Oh guys, you think I’m doing you a favor, but I am living a dream of my own right now. I’ve always wanted to do this.” I think for a lot of reasons, but one is growing up watching some of my favorite Disney movies and realizing that people can be in the studio acting and then they make this beautiful thing come together on screen. I wanted to be a part of that when I was a kid.

What does it mean to you to have been able to narrate this video about Diane Nash?

I had to go back in the studio to do another line again — kind of re-tweak it. And they let me see the first edit of the video. And honestly, as I was watching the video, I was tearing up. I think that speaks to how much it meant to me — to be such a small part of something bigger.

Diane Nash, like so many other strong and influential women I have encountered, wears her achievements humbly as if she does not know the full impact of their actions. The immensity of their impact is met with dutiful and humble resolve that “that is what was needed at the time.” This humility always strikes me. She models that strength and power are not the antithesis of humility and vulnerability. They are tied together by courage.

Courage seems to be a theme for Diane. How does it impact you personally?

When I first heard Diane Nash speak four years ago, in her beautiful and humble way, she spoke about courage, and not just what it means to be courageous. She spoke about a time when they were getting ready to do a sit-in, which if you know anything about sit-ins, they can be deadly places. She knew she and the people around her were going to be dealing with the effects of people’s prejudice and violence. And the person near her was shaking. I remember her response was something to the effect of, “We’ve got to have courage not only for ourselves, but for those that come behind us. It’s not about us, it’s about them.”

I think, particularly as a black woman, the small strides I take — the times in which I am courageous, the times in which I go the extra mile or do something that is hard for me, is not about myself, but for those that come behind. And knowing the history of African Americans recently in America, we continue to open doors that move us a step further, and we have to be courageous in order to do so. So I think that’s what she’s always modeled for me. Courage.